CHINCOTEAGUE, Va. — An old tradition got a new twist as organizers of the 93rd annual Chincoteague Pony Swim named R&B singer Ginuwine as the grand marshall in an attempt to bring more tourism dollars to the local economy.

The Chincoteague Pony Swim draws thousands of people each year to the tiny island, but organizers hoped the addition of a nationally recognized celebrity would entice a younger, more affluent audience. They sought out performers with a connection to equine culture. Their original choice, Toby Keith, declined due to scheduling conflicts.

It was then that they approached Ginuwine, who was one the top artists during the late 1990s and early 2000s, earning international acclaim with his hit song “Pony.” His music has seen a recent resurgence after being featured in both “Magic Mike” films.

After extending the offer to Ginuwine, however, officials were shocked to learn that the artist was not, in fact, an equestrian expert and the song “Pony” was not a heartfelt ballad about horses. “By the time we realized our error, it was too late to find a replacement,” Bill Green, Chincoteague’s mayor, said. “I had just never heard that song before. We don’t get a lot of new music out here.”

Green claims to have gotten over his embarrassment after learning that attendance is expected to increase by 25 percent this year. Despite the mix-up, the town has embraced Ginuwine; residents are selling t-shirts emblazoned with “Jump On It” and “Swim It, My Pony,” and the owner of a local coffee shop has created a signature beverage called “Frapping Your Steelo.” The Chincoteague 4-H club has also hung a banner across Main Street that reads, “Until We Reach the Stream, You’ll Be on My Jockey Team.”

When reached for comment regarding his duties as grand marshall, Ginuwine told reporters he planned to lead a parade through the town, riding shirtless atop a horse. In an homage to all of the ponies that have made the swim from Assateague to Chincoteague, the artist reportedly agreed to finish the parade at the Misty of Chincoteague statue and perform his chart-topping hit.

Have you been to our online shop yet? If not, then what are you waiting for? 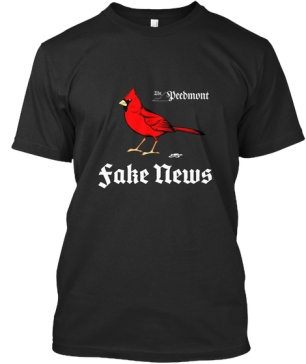