WASHINGTON — Following a new ban on the common greeting “What do you do?” the patrons of a popular D.C. bar have gone silent, sources confirmed Sunday.

Bar Charley, a lively spot for young professionals, instituted the policy last week in an effort to discourage customers from judging the careers of other patrons. “We hear the question thousands of times per night,” owner Mitch Weldon said. “Everyone asks it, but nobody really cares; it’s just a dry greeting that allows people to validate their own careers.”

However, the bar has now fallen completely silent, as its patrons have discovered that they have nothing else to talk about.

One server, Samantha Hughes, commented that her normally talkative and bubbly guests now just stand at a table and stare awkwardly at each other. “They can’t think of anything else to say,” she said. “Everyone just introduces themselves, then they take a big sip of their drinks and whip out their phones. Occasionally there’s eye contact, but those moments are few and far between.”

“I don’t know where I stand anymore,” Shaun Banks, a frequent happy hour customer, said. “I used to know the pecking order of things — who I should suck up to and who wasn’t worth my time. But now? I’d have to bother getting to know them as a person. That’s not going to work for me.”

Jackson Nguyen, a regular bartender, observed that some patrons attempted other topics of conversation but quickly retreated from their efforts. “One girl tried to ask someone where he was from. After she got her answer she responded with, ‘Oh,’ then nodded and just stared blankly across the bar.”

The owners of Bar Charley admitted that the new rule has started to negatively impact business, but they hope that the introduction of Trivial Pursuit cards around the bar will reinvigorate conversation and give patrons a new way to feel superior.

Like what we do? Buy a t-shirt so we can do it for another day or two. 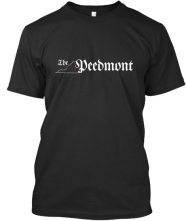 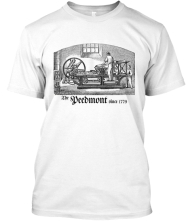