HOPEWELL, Va. — In an effort to tidy up the city and rediscover the joy that hasn’t been seen since most of the factories shut down, organizing consultant Marie Kondo has been retained by Gov. Ralph Northam to lend her services to Hopewell.

According to sources, Northam decided to hire Kondo after spending a weekend binge-watching her show on Netflix, which also inspired him to spontaneously reorganize the Executive Mansion until late in the evening.

“I loved watching Marie fold clothes in her special way so that they all fit into those cute, tiny boxes,” Northam said excitedly, while showing off his renditions of her work. “I knew right away that she would be the perfect person to figure out how to tidy up Hopewell’s unsavory history of industrial chemical production.”

After reading the Wikipedia article on Hopewell, Kondo also had trouble containing her excitement about getting the chance to take on such a difficult project.

“This area, despite its current state, has so much potential to bring joy,” Kondo said, speaking through translator Marie Iida, while pointing to decrepit building foundations complimented by a backdrop of factory smoke and grey skies. “Residents and visitors alike should be able to enjoy the positive energy this wasteland has to offer.”

After greeting an abandoned factory with a little bow and extremely soothing meditation music, Kondo got right to work teaching the citizens of Hopewell her famous KonMari method. The first step was for the town’s citizens to gather up excess clothes and related items, which in this case consisted mainly of old uniforms and hazmat suits from long closed factories. Once gathered, the garments were tossed into pile for each citizen to assess.

While none of the uniforms sparked joy, many literally sparked and burst into flames due to years of exposure to toxic waste.

Despite the setback, and tremendous destruction resulting from the fires, Kondo and Northam moved right along to step three of the KonMari Method, papers.

When Kondo asked why they skipped step two, books, Northam was heard explaining, “Uhh, well this is Hopewell. There aren’t many books around here.”

Early reports indicate Hopewell residents quickly ran Kondo out of town after suggesting that the entire Hopewell paper mill be discarded due to its soul-crushing appearance and eye-watering smell.

Be sure you visit our online store while you’re checking out memes today. 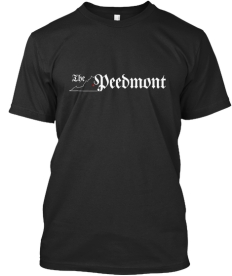