RICHMOND, Va. — In an effort to bring diversity and creativity to the traditional practice of defacing Confederate monuments, Carytown resident Jimmy Lakash announced today that he is currently taking requests for upcoming acts of vandalism.

Lakash spoke of his upcoming plans in a public Facebook post, where he asked readers what they would like to see spray painted on a Confederate monument.

“I plan on hitting [Jefferson] Davis soon, so does anyone have any special requests?” Lakash added that while he was excited to see what people would propose, his skill level had limits.

“I’m not Banksy, so nothing too fancy, please. Otherwise, what would you guys like to see? Maybe a shout out to a friend, or some sick graffiti like the stuff down near the pipeline? Just let me know, and I’ll see what I can do.”

Lakash ended his post by saying he would be denying anything that involved frowny faces, dick pics, and that weird S symbol everyone drew in middle school.

Be sure to visit our online store before you go back to look at cat memes or whatever else it is you’re doing today. 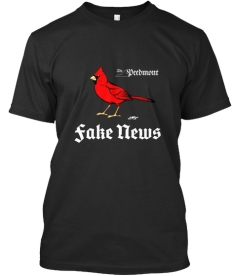