NORFOLK, Va. — After years locked in an intense stalemate over which household pest reigns supreme, the Norfolk City Council has announced that house centipedes, not cockroaches, will now be the official pest of Norfolk.

“The wait is finally over,” Mayor Kenny Alexander told a growing crowd outside City Hall. “It was a close vote, but after one of the pro-cockroach council members found a house centipede in her shoe, it was a done deal. Long live the Norfolk centipedes.”

House centipedes and cockroaches have maintained a years-long rivalry over which is the dominant infestation. Alexander went on to explain the reasoning that led to the decision. “The centipedes’ victory is largely due to increased instances of their scaring residents at all hours of the day, on your kitchen table and on the bathroom floor, in your bedroom, and especially in that cozy blanket your grandma knit you for Christmas.”

The election has not been without controversy, with house centipedes repeatedly refuting accusations that they colluded with stink bugs to take the title of official pest of Norfolk. They have promised to fulfill their role with honor, dignity, and a profound creepiness. Rumors from within the cockroach community have indicated that a rogue faction of roaches is planning an uprising at Norfolk City Hall; however, there have been no confirmed reports to support this claim.

According to a statement released by Centipedes of Tidewater, a house pest advocacy group comprised of thousands of centipedes from the Hampton Roads metro area, the house centipedes are both excited and humble over the recognition.

“Despite the recent announcement officiating our preeminence, the house centipedes of Norfolk bear no ill will towards our cockroach cousins,” the statement reads. “Cockroaches put up a good fight for many years and will still be the official pest of Portsmouth, Newport News, and most of the Virginia Beach boardwalk, titles they have held since they first infested Christopher Newport University in 1960.”

Show your support for Virginia-based journalism; check out our online store. 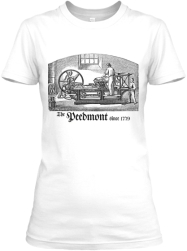 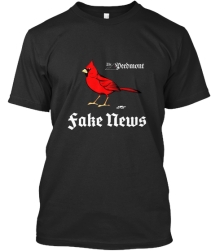