RICHMOND, Va. — In an effort to keep attendance strong through the last pitch, the Flying Squirrels announced plans to offer a free keg of beer to anyone willing to stay at home games past the third inning.

The decision to offer free booze as an incentive to patrons was largely influenced by analyzing consumer trends over the 2017 season. As a result, The Diamond’s operators at the Richmond Metropolitan Transportation Authority and the Flying Squirrel’s administrative team have partnered together to offer free kegs of Bud Light to anyone who stays longer than three innings.

Larry Sanders, a spokesperson for the Flying Squirrels, spoke about the promotion in a recent press release.

“We crunched the numbers, and the data confirmed that people were only coming for a few beers, and not much else,” Sanders stated, adding that additional survey results revealed that a significant percentage of attendees often didn’t even know who the Flying Squirrels were playing. “When polled about who played in the game they had attended, approximately 57% of fans responded simply with ‘the other team.’”

The biggest revelation of the data, however, was that patrons were leaving the games shockingly early. According to Sanders, most people were leaving games after the third inning.

“After the third inning, a mass exodus from The Diamond begins,” Sanders continued. “It’s starting to impact us financially. It’s affecting our numbers on concessions and merch.”

“Which means that now we’re stuck with boxes full of little Nutzy keychains that nobody wants,” he added.

The beer giveaways will begin at the start of the fourth inning, with additional kegs being offered during the fifth and sixth innings based on availability. The promo is currently set to last for one month as a trial run. Sanders also says The Diamond isn’t concerned about the promotion negatively affecting overall sales.

“After someone is a couple of beers deep and the hunger kicks in, there’s no telling how many $14 hot dogs they’ll be willing to buy during the rest of the game.”

The public’s response to the announcement has been mostly positive. Karen Buchanan, a Glen Allen resident who holds season tickets, says she’s very excited for a free keg. “We usually leave during the second inning to beat the traffic after the third,” she explained. “But the free beer seems like a pretty good deal, even if free Bud Light is still overpriced.”

Mechanicsville resident Jason Hernandez echoed similar sentiments in a recent interview. “To be honest, I didn’t even know there was a baseball game going on. My friends and I always just thought it was a cool pregaming spot before hitting up the bars on Boulevard.”

The promo is set to begin in May and many are excited to see how it will go. Officials from Richmond Raceway are reportedly eyeing up the strategy as well, hoping to combat drops in attendance at some of their events. 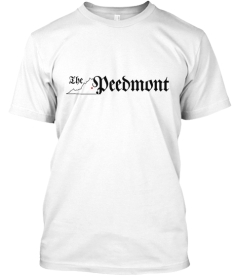