RICHMOND, Va. — Friday Cheers is the perfect way to ring in the summer in Richmond as scores of young people flock to Browns Island for evenings full of fun and bands that your Mom heard on an NPR lead-in once. It’s also a great date idea given that it’s too loud to talk, often too dark to see who you’re with, and a fun way to pretend that you don’t usually drink alone on Friday nights.

However, given the event’s rising popularity, those attempts at cultivating lasting relationships have hit the ultimate snag: beer lines.

Last Friday, the line to get beer cost attendees over 15 relationships that had the potential to last as long as 48 hours. Fifteen women figured that approximately 10 minutes was too long to stay sober in the presence of a man they met on Tinder, and promptly ghosted their dates.

One woman, Tonya Jenkins explained, “Look, I was with this guy for a while already, like two hours. The minute I saw that it was going to take more than 30 seconds to get an IPA, I told him my cat had been arrested and I bolted.”

Another attendee, Helen Klockner also said, “I was with this guy through thick and thin, the ticket line, the drink ticket line, the food line, then the beer line. I mean, come on, how much can a woman take?”

The jilted men were shocked at the mass exodus of their Tinder dates, but were left with no recourse since they didn’t want to leave their spot in line. Chris Lovell, one of the fifteen men who will probably die alone, was shocked, “I did everything for Rachel…I mean Rebecca…no actually I think it was Rachel, whatever. Jennifer and I were perfect for each other. She was a teacher and I went to school once, it was a match made in…maybe not heaven, but like purgatory or something. I can’t believe she couldn’t stick it out just a measly hour and a half to get a small plastic cup of an average IPA.”

One abandoned man, Tim Brooks, was more optimistic, “I’m not upset at all. I already found another few Tinder matches while waiting in line. I swiped right on this beautiful Ukrainian woman looking for a green card and a kidney and this other gorgeous, blonde mother of seven whose ex-husband is totally out of the picture. Neither have messaged me back yet, but I’ve got all the time in the world and two drink tickets to burn.”

Friday Cheers organizer, Lewis Oglesby claims that the long beer lines are a feature, not a bug, “Everything is going exactly as planned. We at Friday Cheers aren’t just selling music and alcohol in nice weather, we’re trying to make the city a better place by giving women those extra moments of sober clarity to consider whether or not they really need to date another man named Eric with khaki shorts and a pastel pink button down. Plus it’s better for everyone that people meet the old-fashioned way, waking up in someone’s apartment after seven shots at Kabana after the show.”

Surprise your upcoming Tinder date with a t-shirt from our online store to break the ice. It works, usually. 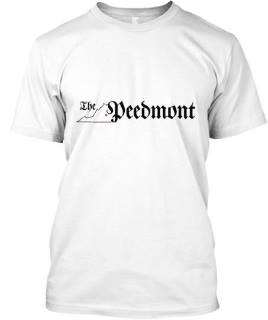 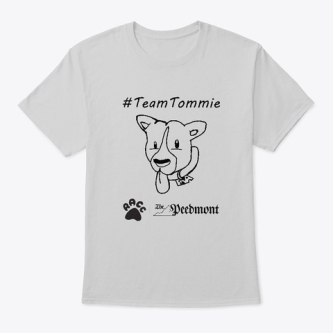