RICHMOND, Va. — According to a new study by the Virginia Employment Commission (VEC), the mere mention of having a beard on your resume can lead to a 45% greater chance of being hired for work in Richmond.

Shannon Sykes, a data analyst at the VEC who led the study, explained that its purpose was to identify resources and resume keywords that could help job seekers.

“However, on 20 resumes we mentioned that the applicant had a distinguished beard, and we saw a 45% increase in response rate from employers, notably higher than any of the other keywords used in this study.”

Sykes went on to say that the VEC wasn’t exactly sure if there was a hidden meaning behind the results, or if the results simply spoke for themselves. “We sent resumes out to job postings we found on LinkedIn and Lindsey’s List, and the results do seem to demonstrate that those with beards—whether it’s a simple flock of bristles or something straight out of ‘Duck Dynasty’—are more likely to find work in the city.”

“We even had one applicant that simply wrote the word ‘BEARD’ on his resume and nothing else,” Sykes continued. “That subject received call backs the very next day from four breweries and one restaurant specializing in comfort food that hasn’t opened yet.”

According to Sykes, while the VEC is excited to have uncovered a tip that could help residents secure employment, they advise all job seekers to maintain honesty when updating their resumes.

“We still highly encourage transparency in any and all job applications. Don’t lie to a prospective employer by saying you have a heap of designer stubble that you’ve spent 10 years perfecting in an attempt to get ahead of other applicants. Potential employers can see through that from the moment you walk into an interview.”

Sykes also mentioned that having facial hair wasn’t the only quality that sparked an uptick of follow-ups from employers.

“We also saw that applicants who mentioned they enjoyed IPAs and hated Northern Virginia with a burning passion were 23% more likely to be called for an interview in Richmond.”

Fancy The Peedmont? Check out our online store. 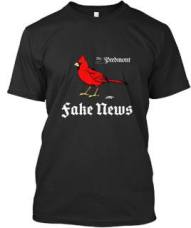 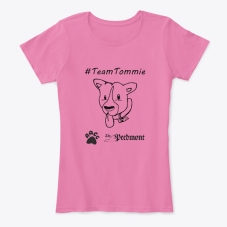 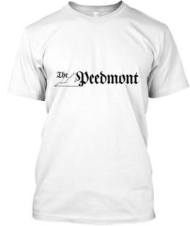