JAMES CITY COUNTY, Va. —Thinking that the fee must surely be some sort of mistake, a Mechanicsville man was shocked to discover that he would have to pay to enter York River State Park.

“$3? $3?” Richard Marsh, a proud owner of Don’t Tread on Me license plates and flip flops that double as bottle openers, exclaimed. “Just to park? But I’m a taxpayer.”

When informed by the ranger on duty, Mark Owens, that being a taxpayer didn’t change the amount of the fee, Marsh was absolutely stunned.

“I mean, I can understand that if this was a private business,” Marsh said. “If it was I might even pay a whole $5 to use it. But this is public property. Doesn’t that mean that I, the taxpayer, own it?”

Even though Ranger Owens explained that, while the park was funded by the state, most of their revenue came from the fees associated with park parking, Marsh still wasn’t convinced to pay the $3.

“I guess I could see recommending that a donation be made to the park during a visit. That way it’s a free market. But $3 dollars to just walk around on land I already paid for with my taxes? No way.”

After several more minutes of heated debate with the ranger, Marsh drove to a nearby Starbucks, bought a Chai Tea Latte, drove back to the park, stopped just outside of the park boundary, and proceeded to protest the $3 parking fee by dumping the $4.25 Chai Tea Latte into the park’s namesake river.

When asked about this decision, Marsh stated that it was definitely worth it. “The way I see it, I’m killing two birds with one stone. Not only was I able to protest taxation that is clearly theft, but I was also able to support the free market at the same time.” 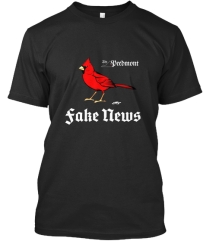 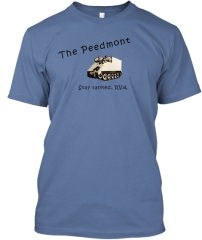