RICHMOND, Va. — In response to the announcement by Wegmans last month that they plan to eliminate plastic bags in local stores, Walmart stores in the Richmond area announced that they will start offering used oil drums for customers to use in addition to plastic bags.

While environmental activists applauded Wegmans’ plastic bag ban, Walmart’s announcement was met with a more mixed response. Many consider it a blow to Wegmans as well as an appeal to Walmart’s base of plastic bag loving average Americans.

“Your typical Walmart shopper is less inclined to care about plastic in the ocean,” Midlothian grocery store expert Nina Travers explained. “So, Wegmans may be alienating Walmart shoppers with this decision.”

Mechanicsville retail store expert Ken Zahn disagreed. “This is a bold move by Walmart and quite possibly a genius one, ” Zahn said. “Because the oil drums are being repurposed and reused instead of being tossed in the trash, Walmart might actually draw business from more environmentally-minded customers, including Wegmans customers.”

While Walmart released little information about the oil drums, Ryan Berger, a spokesperson for the corporation, provided more context for the decision.

“We’ve received a lot of complaints about plastic bags being used in our stores,” Berger said. “However, many of our customers do not utilize reusable bags, either because they can’t afford them or because they believe them to be liberal bullshit.”

“We feel that recycled oil drums are the compromise that our customers can all agree on,” Berger continued. “Environmentally-conscious shoppers can reuse oil drums to hold their produce and such, while everyone else can still use plastic bags.”

Have you been to our online store or Patreon today? 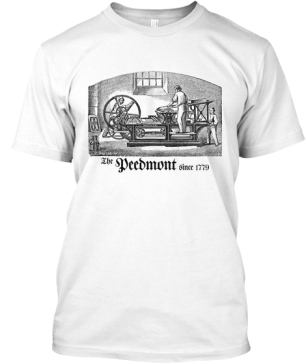