RICHMOND, Va. — In an effort to finally solve one of the ongoing criticisms of the GRTC Pulse, officials have announced plans to expand the Pulse’s reach with additional routes from low-income neighborhoods to breweries throughout Scott’s Addition, officials confirmed Tuesday.

In a joint statement prepared by GRTC and Richmond City Council, transportation analyst Jeff Schneider spoke about the forthcoming routes, which he said provides a solution for the criticism that the Pulse has faced for not providing widespread, accessible transportation for the city’s most popular breweries.

“Our studies show that nearly half of the residential units in low-income neighborhoods lack transit stops with high connectivity to the best spots to day drink in the city,” Schneider said, identifying sections of the city’s East End neighborhoods as areas particularly lacking in readily available transportation.

“People who live in low-income areas need public transit more than anyone else to reach important parts of Richmond’s beer scene. Our new routes will offer easy transit for residents in places such as Fulton, Mosby, and Whitcomb to breweries like Ardent, Isley, and, of course, the Veil.”

According to Schneider, City Council has commissioned in-depth studies to identify “beer deserts” throughout Richmond that need more transportation options to the city’s most gentrified hubs. In addition to the new routes, the number of pre-existing stops around Scott’s Addition is also planned to increase, addressing any future accessibility issues.

“Make no mistake,” Schneider continued, “not a single family in our community needs to be marginalized and held back from sampling a flight of craft beer with other white millenials in Scott’s Addition. Our goal is to give more families the opportunity to discuss Bernie Sanders with a bearded bro in a fedora over a seasonal IPA.”

“The need for those outside of neighborhoods like the Museum District and the Fan to have access to a variety of saisons on draft has never been greater,” Schneider added.

When asked where the funding for the additional routes to Scott’s Addition would come from, Schneider mentioned that the city was currently finalizing plans for an increase in the pre-existing meals tax to help cover the bill.
Fan of The Peedmont? Be a fan of The Peedmont online store and Patreon too! 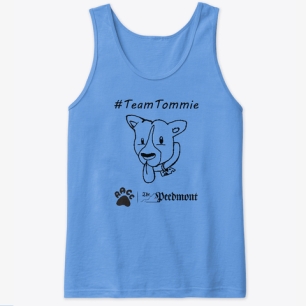