WASHINGTON — Several Georgetown students were reportedly blown away during a Sunday afternoon networking event at the popular college bar, The Tombs, when recent alumnus Paul Brownstone assured his fellow Hoyas in no uncertain terms that he knew not one, but three politicians personally.

“I was having lunch last week with Senator Corker⸺a close friend, mind you⸺when his phone rang,” Brownstone told one lone freshman who appeared not to be paying attention. “And you’ll never guess who it was. That’s right, Bernie! You wouldn’t think they’d be close, but they talk all the time.”

An investigation of Brownstone’s LinkedIn account revealed that he had in fact interned for Sen. Bob Corker, R-Tn., for eight weeks during his sophomore year.

“Oh, and don’t even get me started on Lindsey Graham,” Brownstone rambled to a group of sophomore girls who seemed startled by his sudden appearance next to them. “Man, can that guy shoot skeet, I’ll tell you.”

“He just would not stop talking,” freshman Lauren Stefano told The Peedmont. “I mean, my cousin’s married to Michelle Obama’s hairdresser, but you don’t hear me bragging about it all day long.”

By the time Brownstone finished telling the story of the time he and Rep. Dave Brat, R-Va., got into a debate over whether Nazis were, in fact, bad, most of the bar had emptied out. Only Connor Brooks, a political science major, was left standing.

“Stick with me, kid, and you’ll go far,” Brownstone assured Brooks, who is only a few months his junior. “Just like longtime friend of the family, Brett Kavanaugh.”

Have you been to our Patreon or online store yet? 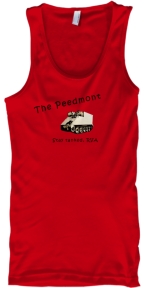 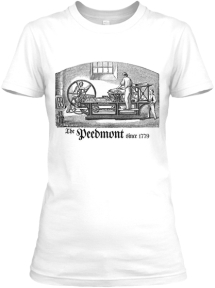