RICHMOND, Va. — An experimental and wildly controversial procedure has placed the medical community of Richmond in the international spotlight.

The VCU Medical Center has begun offering elective lobotomies for residents who look to erase all memory of the overwhelming number of former high school classmates who also live within the Richmond metropolitan area.  The procedure was developed to address and treat the overwhelming emotional and psychological stress resulting from being surrounded by people “you hoped to never fucking see ever again.”

Medical staff within the hospital are divided on the morality of its intended use.  Neurologist Dr.  Mohan Patel finds the procedure to be “ethically questionable” and “unnecessarily invasive”, while neurosurgeon and Richmond native Dr. Brian Spelling commented, “Shit! Where do I sign up?”

The procedure is surprisingly simple.  A 6-mm surgical stainless steel drill bit cores through the skull and directly into the right temporal lobe while the patient is under general anesthesia.  The patient then spends a minimum of three days in recovery while under observation.

Amelia Leatherman, the first patient to undergo the procedure, is happy with the outcome of her surgery.

“Do you have any idea what it’s like to date in this city?  Before my surgery, roleplaying consisted of me pretending like I grew up in Roanoke.”

The results are expected to be varied.   Some patients, like Leatherman, may experience partial memory loss while others may simply lose the ability to care.  Additionally, the operation does not come without physical side effects.

“I drool a little more than I used to, but I just say on my Tinder profile that I’m a wet kisser.  Some guys are into that.”

The VCU Medical Center already has 13 people on a waiting list for the procedure.  The next to receive the surgery, Dillon Moore, feels that the stress of living with his high school acquaintances has become unbearable and is particularly anxious to go under the knife.

“I run into my junior year prom date every week at Taphouse, and every week I have to hug that woman and pretend like I didn’t puke up Four Loko in the back seat of her mother’s Toyota, and that I’m genuinely interested in her adult life.  It’s the true meaning on hell on earth.”

Moore is scheduled for the surgery in early February.

Amelia Leatherman and Dillon Moore are only the first two of many scheduled to undergo the operation, and the VCU Medical Center continues to provide informational support while fielding criticism from the international medical community.  In response to the uproar, VCU released a statement,

“The VCU Medical Center is 100% committed to providing Richmond with the most advanced and effective medical technology and procedures, even when considered controversial.  Our priority is to address the unique health problems our residents face, and we believe that this new psychosurgery will transform the overall mental and emotional health of the community.  No one should have to continuously face anguish and desperation from running into that douchebag from their 12th grade history class.”

Only time will tell if this controversial procedure becomes universally acknowledged by medical professionals, but in the meantime, Virginians in the Richmond metropolitan area have a new option in the field of mental health.

Fancy The Peedmont? Show your support – check out our online store and Patreon! 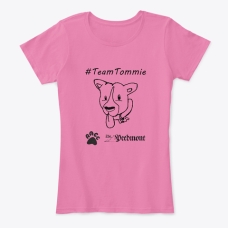 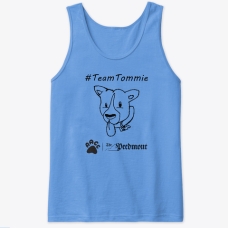