HOPEWELL, Va. — During a cross-country trip to various comic-cons to promote the second season of the hit Netflix show “Stranger Things,” creators Matt and Ross Duffer were stunned to discover that the Upside Down actually exists in the town of Hopewell, Virginia.

While writing the show, the Duffer brothers imagined the Upside Down as a parallel realm to that of our own, characterized by darkness, hopelessness, and fear. They never expected to encounter the horrific place in real life.

“We were on the highway coming into Hopewell, and suddenly we both felt like Nancy when she went through the base of the tree and discovered the Upside Down for the first time,” Matt Duffer described. “It was like someone had taken all of the hope and light out of the world and replaced it with smog, despair, and this really weird smell.”

“The air was even filled with small, floating specks,” Ross Duffer continued. “In our show that’s meant to resemble the dust and decay that characterizes the Upside Down, but apparently around here it’s just normal, dangerously harmful emissions from the Honeywell factory.”

Hopewell has been listed among the top most toxic locations in Virginia, due to factors such as the noxious emissions from the many industrial facilities located there and the city’s close proximity to the Tri-City Regional Landfill.

“We thought we had imagined a place so terrible that no human could survive there for long,” Matt Duffer said. “It was so strange to see that not only does such a world exist, but people actually choose to live there without even being threatened or chased by the Demogorgon.” 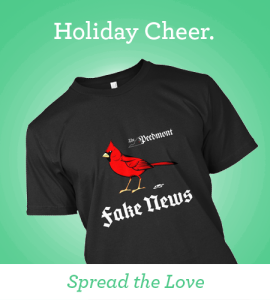 When asked what this revelation means for season three, the Duffer brothers were relatively tight-lipped, but they did admit that the town has given them inspiration. “There may or may not be a few incidents involving petty crime, teen pregnancy, health issues related to breathing in toxic air, and rodent infestation,” Ross Duffer told reporters. “We’re really trying to work on the believability of the plot, while keeping the suspenseful yet grim tone of the show. We are open to exploring a new kind of horror.”

When reached for comment, the cast of the show all came to a singular conclusion, “We’re just glad we don’t have to shoot on location.”