HENRICO, Va. — In an innovative attempt to manage the stress caused by their relatives’ clashing personalities during the holidays, local couple Keith and Rebecca Krause made the decision this year to begin their family in-fighting on Thanksgiving Eve.

“Every year, we just can’t wait to get into it with Keith’s brother, Kaleb. He always has some stupid racist jokes, so we figured, why wait?” Rebecca Krause née Hofman explained. “Getting certain people together means there’s going to be a problem. Pilgrims and Indians. Muslims and Jews. My super Catholic family and any other family.”

Keith Krause nodded and added, “Besides, moving the timetable of relatives traveling means that they don’t have to sit in the holiday traffic. Really, we’re doing a good deed here.” 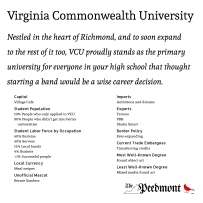 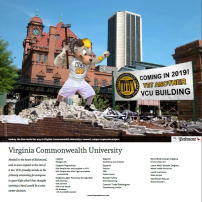 Their Thanksgiving Eve started out fairly tolerable until everyone sat down around the table for Kaleb Krause’s homemade pizza and mint juleps, when Grandma Hofman told Opa [German for “grandpa”] Krause that she heard he was getting married again and asked if he was trying to set a record.

“Louise will be number five,” Opa Krause responded. “That’s one wife for each glass of Listerine and rubbing alcohol cocktail you’ve had tonight.”

The tension mounted when Rebecca Krause’s brother, who was recently released from his fourth stint in jail this year, gave a sexually charged punny epithet to Kaleb Krause, who responded by frisbeeing one of the leftover pizzas across the room. Then the chaos erupted. Fists and kitchen utensils were thrown, curses were shouted, and alcohol was left undrunk.

The Peedmont caught up with the Krauses at the hospital. “I’d say this was something of a success,” Keith Krause said. “Everyone got exactly what they expected to. Sometimes the anticipation of something is the worst part, so I’m glad we did this. We just wanted to bring all the important people in our lives together.”

“And we didn’t have to wait behind all the other families for the ER doc this time,” his wife added.